Feedback is fundamentally important for individuals, services, or relationships to evolve, yet it feels like the word has developed a connotation of being meaningless, insincere, and oftentimes tedious. I organized my thoughts on why I think this is, I’m looking forward to anyone sharing their view on the subject.  I started thinking about feedback in the workplace specifically, but I abandoned that constraint and approached the subject in general.

Disclaimer: I used the word feedback a lot in this article, so if you already hate it, bear with me, you might get desensitized by the end.

Feedback is often aggressively mandated or annoyingly nagged for

Apps interrupt your flow to ask for a rating on the store. Peer review forms appear late with tight deadlines to fill them out. Clinics call you after taking an appointment over the phone to ask about the operator you talked to a few minutes ago. All in all, much of the feedback you are asked to give comes in a time and format which doesn’t do much to ensure you’re in a good space to provide feedback. Never mind not getting results, this can lead to getting bad results, because some frustrated and spiteful person is going to pour all their momentary feelings into whatever answers they need to give. This is one of the reasons I think many people instantly roll their eyes when asked for feedback, even when the ask is done right.

We weren’t taught to ask for feedback, nor to give feedback

This might be very different depending on your age and geographic location, but speaking strictly for myself, growing up in Eastern Europe in the 90s, the most feedback I saw people giving was unrequested, and often aggressive or even vulgar. Seeing adults yelling horrible insults towards one another in traffic isn’t going to nurture a sense of feedback being helpful or necessary in children, it’s going to make them think that the right approach to life is that I’m right and whoever crosses me is wrong and inferior. These kids might not grow into adults interested in listening for critique, understanding its importance, and putting effort into giving others constructive feedback. Couple that with family models, systems of education, and institutions that actively discourage questioning their methods, never mind asking for feedback, and you’ve got a nice recipe for a population which doesn’t want to hear feedback, nor thinks anybody is interested in theirs.

You know that guy at the office who you’ll not tell about your new phone because he’ll tell you what you should have bought for that money? Or the distant uncle who tells you why you’re not raising your child right? In general, even though many people aren’t particularly happy with how their lives turned out, nor are they self-confident when they need to make decisions for themselves, they become all-knowing and all-wise when telling you how you should live your life. Being on the receiving end of too much smug, unsolicited advice will probably help many people instantly become defensive at the thought of getting feedback.

“You’ve done such a wonderful job of substituting John while he was away, everybody loved you. You’re just so darn good at it, it would be a waste not to have you take his place. What do you say?” Sounds familiar? Two months in, you’re stuck doing some paperwork you’ve always hated doing, and thinking about why the hell you accept a new job you didn’t want in the first place. This is where feedback can be manipulative. Through praise, our egos can be used to persuade us into doing things we don’t want to do or change our opinions without us even noticing. As soon as you realize that some people have a habit of doing this, you might become suspicious anytime somebody gives you positive feedback, and you might keep searching for their angle, even when the recognition is honest.

Many of us learn that being honest is impolite or dangerous

This is the one that bothers me the most. It might not go through well in the current climate of trying to spare everyone’s feelings, but frankly, I think it’s the most harmful item on the list. People are imperfect. We all have blind spots, irrational feelings, biases, and often we’re just dumb, ignorant, and wrong. It should be painfully obvious that if somebody asks for feedback in the hope of becoming less biased, less wrong, less ignorant, the biggest disservice we can do to them is to withhold our sincere opinions, just so we don’t risk hurting their feelings. Unfortunately, this phenomenon is also fueled by many who ask for honest feedback only to react childishly and take offense if what they’re given doesn’t match their self-image. This is not to say that we should be harsh, demeaning, or judgmental when giving feedback, which has certainly never helped anyone, but we should always be honest and we should be ready to accept the same from others. Getting honest feedback and thinking about it doesn’t mean you have to accept it or act on it, you can choose just to acknowledge it. You get to choose what you take to heart, but I can’t overstate how important open-mindedness towards honest feedback is, along with putting effort into giving others well-thought-out constructive feedback. It’s the only way we’ll all be able to live in a supportive environment of real trust, be that in the family, workplace, or society in general.

Feedback is often not acted on or even acknowledged

The most obvious reason in my opinion is the one I’ve left as last on this list. Many times you’ll be asked for feedback the right way, you’ll expend some effort to give honest and useful replies, and the cycle will stop there. You might not see any of your feedback changing behavior on the part of whoever asked for it, and you might not even hear back ever again on the subject. This is wrong, and I think anyone asking for feedback should set up the correct expectations for whomever they are asking. Don’t disappoint by making it seem that the feedback you are asking for is going to drive changes when it’s not. Let the other party know what you intend to do with the information they give, even if it’s just storing it for later consideration. Nobody should ask for feedback just for appearance's sake and then ignore it. This happens a lot, and it’s why I advocate loudly against asking for pointless feedback. For anybody wondering, yes, an automated thank you email before ignoring the replies is even worse! 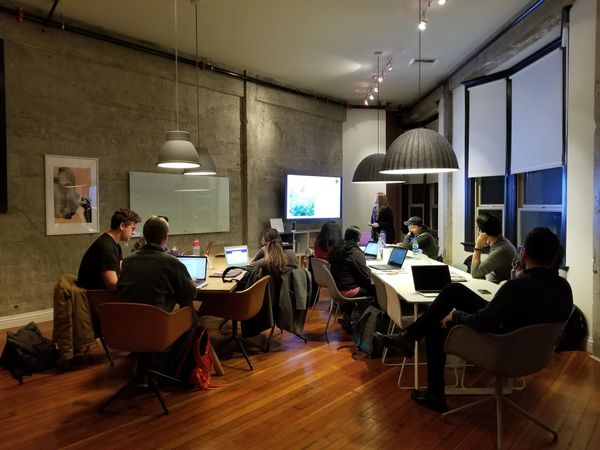 Maybe you love showing off your work, or maybe you dread the times when you have to present a new feature or release. In this article, I want to point out why it's a good thing if you have the chance to showcase your work, and why it's important to do it well.