As someone involved in software development, sometimes you'll be asked to present a feature you or your team have been working on. Though the audience and goal can vary, in this article, we're not going to focus on technical presentations, onboarding sessions, or other kinds of knowledge transfer. Instead, we're going to dive deeper into so-called iteration demos.

What is a demo?

Like many other activities on a recurring schedule, an iteration demo is a concept that was introduced as part of agile and XP methodologies. Iteration demos are recurring events, usually near the very end of a development sprint, where developers showcase implemented functionality to any interested stakeholders. Attendance may differ from project to project, but ideally, there are representatives of every team that might have a role in accepting a feature and signing off on a release.

Why are demos useful?

The most important aspect of a demo, and in my opinion the greatest benefit, is the possibility to establish a regular, short feedback cycle. Ever since the industry has moved away from the waterfall model, the development process became an iterative activity, heavily tied to a similar design and validation cycle, so it's not rare to have requirements change along the way. The best way to avoid working too much on something that's going to need changes afterward is to get frequent feedback from the people who might solicit the changes.

Also, the demo aims to keep the team honest and help the project management assess possible resourcing needs and timeline changes. Notice how I didn't say assign blame or point fingers. Demos can help both development teams and management identify possible issues or delays, caused by themselves or others, but the whole point of having them often is to notice these issues before they grow out of proportion and cause any notable damage.

Last but not least, the demo helps the team review all the progress their hard work brought, gives closure after a sprint and allows everyone involved in creating the feature to take pride in their accomplishment.

I've found two very common reasons why developers dislike demos or at least see them as difficult challenges. I encourage you to pay attention to the underlying reasons and possible solutions if you notice yourself or a colleague being nervous about demos.

Most often it's a fear of addressing an audience. A fear of public speaking is a very common form of anxiety, and it can be difficult to overcome, but like most of these kinds of issues, it can usually be solved by taking it on head first. You can help by lending a hand to anyone who you might see uncomfortable when the topic comes up. Offer to help them prepare, or assist them by reviewing their presentation beforehand, and ask for the same if you yourself don't feel up for the task. Highlight the fact that they can take pride in the work they're showing off, how the feedback they receive is valuable, and that nobody intends to shame or humiliate them.

On the other hand, if there are toxic participants in the demos, it's a real priority to address them and make sure they understand that they're harming both the process and the team, therefore also harming the product with their behavior.

This ties into the second common reason I've noticed, fear of being criticized or feeling like you're being constantly evaluated. If you're not as far along as you'd hoped by the end of a sprint, make sure to understand and also mention the reason. Estimates can always turn out to be wrong, tasks can turn out to be much more difficult than anticipated, and everyone is aware of this. Demos give you a chance to let others know in due time if they need to find more people to help out, update timelines, and setting customer expectations accordingly.

In case early warnings about legitimate problems are met with negative attitudes, it's a pretty good sign you're in bad company. Conversely, if the team is behind schedule because of somebody slacking off, odds are the demos can either motivate the person to try harder or eventually help prune him out of the team.

In case you've never participated in a demo before, here are a few things to expect that might come in handy.

Tips for demoing a given feature

Now, let's take a look at what you can do to make your feature demo the best experience for you and for your audience. I've been regularly going to demos for the last ten years, both as a developer and a product manager, and I'm confident that these pointers will give you good results.

Let's start with a couple of things you should take care of ahead of time. These steps will help you be prepared by the time the demo starts.

Once it's your turn, pay attention to the following:

A note about being efficient

Past the pointers above, which are related specifically to presenting a feature, here are a few general aspects worth mentioning to help your delivery be as efficient as possible. Remember, demos can be long and have many people involved, so the better everyone communicates, the less time you waste.

Even though demos can sometimes feel like a bit of pressure, try and remember all the benefits they bring. You have a chance to show off your work, get important feedback early in the process, you get to ask any important questions, and raise emerging concerns. Getting through a successful demo usually brings all the participants closer together, it boosts morale and yields valuable action items for most people involved.

All in all, even if it takes a bit of courage to battle self-doubt and fear of public speaking, I can guarantee that the effort is well worth it, and learning to give better demos over time will make you more confident and well rounded professional. 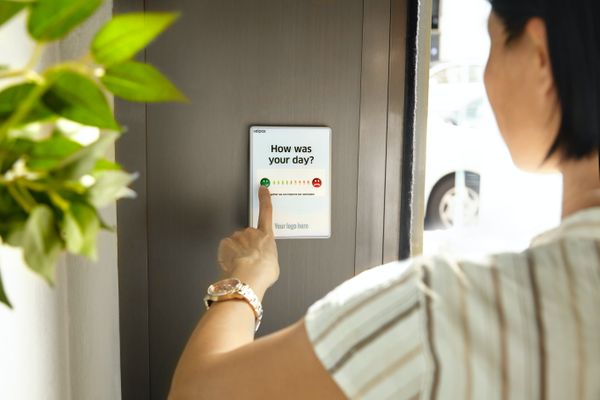 In this article, I'm taking a look into why I believe the word "feedback" has developed the bad reputation many people associate with it.

We sometimes feel a need for a change of pace or a fresh challenge but don't want to move away from our product, our teammates, our company. Have you ever considered what other roles your skillset recommends you for within your current project?